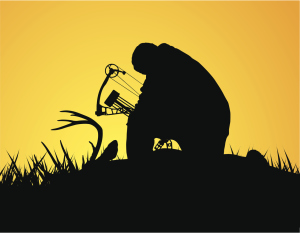 BRIMFIELD -  Brett F. Minney, 57, of 16 Hollow Rd. in Brimfield passed away peacefully on Tuesday, March 3, 2020 surrounded by the love and care of his family.  Brett was born in Ludlow on September 12, 1962, a son to David Minney of Ware and the late Dorothy (Corey) Minney.  He was raised and educated in Ludlow and attended local schools. Brett owned B & M Equipment and also worked as a heavy equipment operator for several area construction companies including Bousquet Excavation and Chaves Construction in Ludlow. He was a skilled equipment operator and was well known for his careful approach to a job and safety for his fellow workers. Brett loved the outdoors, from the time he was  a teenager, riding & racing dirt bikes, snowmobiling and four wheeling, he loved being outside. An avid Harley rider, Brett loved the open road. He fished and hunted with his dad, David, since he was old enough to walk and cast his own fishing pole. An avid deer hunter, Brett mastered bow hunting and was a member of the Ludlow Fish & Game where he practically grew up, Wales Fish and Game Club and Fairview Sportsmen’s club. Never one to boast, Brett took hundreds of deer, with both Bow and Gun and in the true ideology of an outdoorsman, nothing went to waste, everything was utilized. Brett leaves his devoted father and best friend; David Minney and his wife Barbara (Holbrook). A stepsister, Angela Pollack and the many extended members of the Minney and Beauregard families including nieces, nephews, cousins, aunts and uncles. Brett was sadly predeceased by all his siblings; David Minney Jr., Allan Beauregard and Renee Pollack. Family and friends will gather to remember Brett on Wednesday evening from 4:00 to 7:00 p.m. at Ratell Funeral Home, 200 Main St., Indian Orchard. A service of Remembrance at the Funeral Home will be held at 6:45 p.m. The family asks that in lieu of flowers donations be made to the Ludlow Fish & Game Club, 200 Sportsmans Rd, Ludlow, MA 01056 so the next generation of children will be able to experience the great outdoors and nature as Brett did.

To plant a tree in memory of Brett F. Minney, please visit our tribute store.