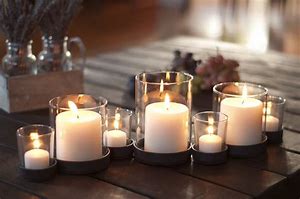 Dorothy Gaye (Breeden) Kantor 1938 - 2020 WILBRAHAM - Dorothy “Dottie” “Beba” Gaye (Breeden) Kantor, 81 of Wilbraham passed away peacefully with her loving family around her on Monday, March 16, 2020 at Baystate Medical Center in Springfield, MA.  Born on November 25, 1938 in Daniels, WV, she was the daughter of the late James and Dorothy (Lester) Breeden.  She was a 1956 graduate of North Central High School in Spokane, WA.  From 1958 – 1961, she served our country in the United States Air Force at Westover Air Force Base in Chicopee.  Dorothy resided in Wilbraham since 1968.  She worked for the Abdows Big Boy Restaurants in Springfield from 1963 – 1983.  She then went to college with her oldest daughter to become a Registered Nurse in 1983 and worked at Baystate Medical Center on the LDRP wing for 19 years and retired in 2005.  She volunteered her time to work at the Hampden VFW.  She enjoyed being in the great outdoors, camping at Mohawk Trail, gardening, reading, crossword puzzles, with her greatest assets in her life were spending time with her family and was avid New England Patriots fan.  Dorothy is survived by her four loving children, a daughter Dusti Wells, a son Edward Thomas, a daughter Jennifer Branconnier and her husband Mark, all of Wilbraham and a son Joshua Kantor and his wife Amy of Grand Rapids, MI; Eleven grandchildren Alison Rousseau of Escondido, CA, Jacob Wells and Justin Wells both of Old Lyme, CT, Nicholas Branconnier, Noah Branconnier and Neve Branconnier all of Wilbraham, Drue Rogers-Kantor, Samantha Kantor, Alexa Kantor and Maxwell Kantor all of Grand Rapids, MI and Kingston Pinney; a niece Mary Beth Pinney and her husband Jeffrey of Simsbury, CT, one great grandson Elliott Rousseau and two sisters Mary Cromer and Virginia Smith.  In addition to her parents, she was predeceased by her brother James Breeden, Jr and her former husband and friend Marc Kantor.  The calling hours for Dorothy will be Thursday, March 19, 2020 from 4:00 to 6:00 pm at the Ratell Funeral Home, 200 Main Street, Indian Orchard.  Services for Dorothy will be private.  In lieu of flowers, memorial contributions may be made to Baystate Health Foundation for LDRP in memory of Dorothy Kantor at 280 Chestnuts Street, Springfield, MA 01199.

To send sympathy gifts to the family or plant a tree in memory of Dorothy Gaye (Breeden) Kantor, please visit our tribute store.