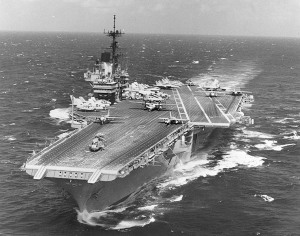 SPRINGFIELD- Henry T. Jekot, 75, of Springfield passed away on Thursday, January 17, 2019 at Mercy Hospital. Henry was born on July 23, 1943 in Springfield, a son of the late Albert & Sophie (Guzik) Jekot. He was raised and educated in Springfield, attending local schools. Henry enlisted in the US Navy and served with the 31st Aircraft Ferry Squadron. He received the Navy Unit Commendation medal and the Vietnam Service Medal. He was honorably discharged and returned home in 1966.  Henry was a longtime welder & fabricator working in the Springfield area for many years. His beloved wife of 47 years, Beverly “Bev” Jekot (Walsh) passed away on March 10, 2014.  Henry leaves his children; Kenneth Jekot of Springfield; Kevin Jekot and his wife Lisa Jekot of Springfield; a daughter, Kelly Bartley and her husband Kevin Bartley of Enfield, CT; and 5 grandchildren, Kylie and Hailey Jekot; Chloe, Zoe, and Max Bartley. He also leaves his sister, Sophie Sharon of Natick and several nieces and nephews. There are no calling hours.  A joint Chapel service for Henry and Beverly will be held on Friday, February 1, 2019 at 3:00 O'clock p.m. at the Massachusetts Veterans Memorial Cemetery, 1390 Main St., Agawam with military honors being offered for Henry.

To plant a tree in memory of Henry T. Jekot, please visit our tribute store.